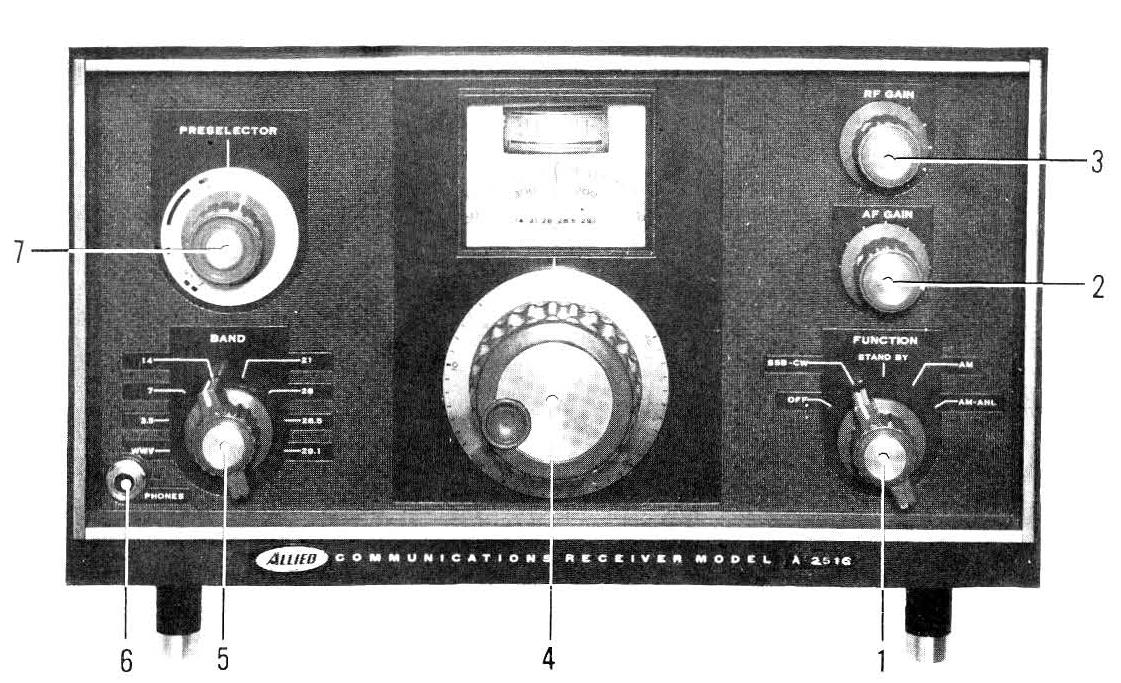 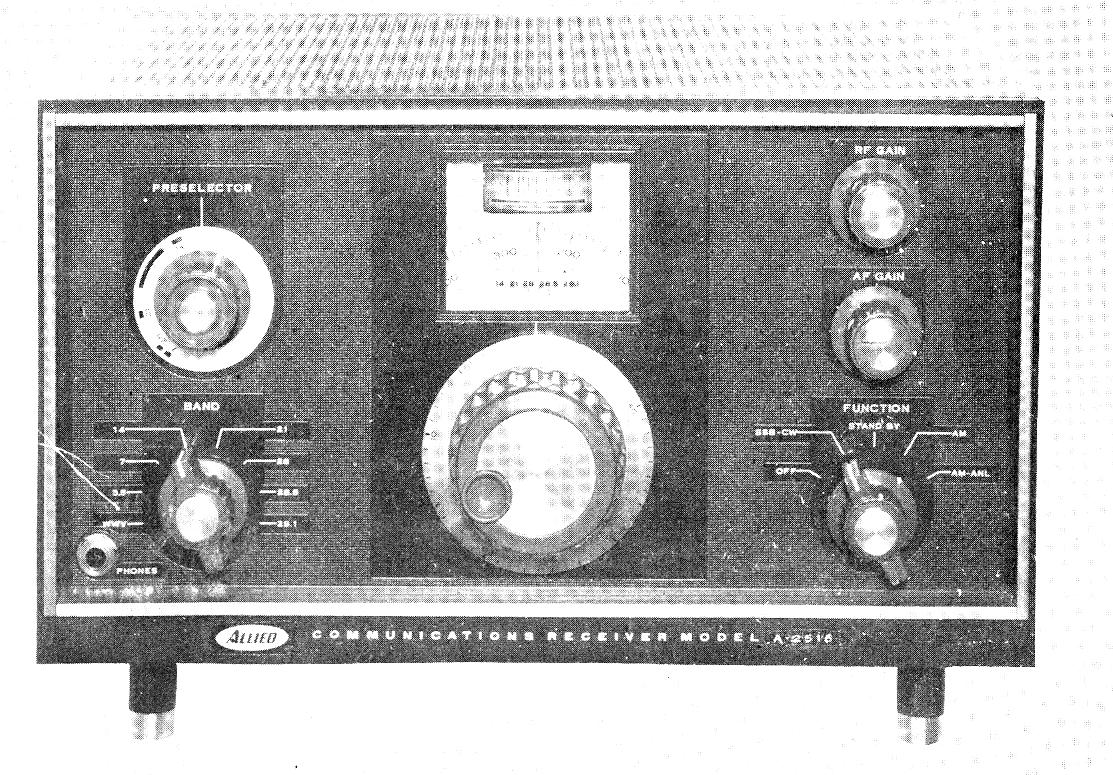 The ALLIED A-2516 is a high performance communications Receiver made especially to cover the amateur bands. It utilizes a crystal controlled dual conversion circuitry and provides high sensitivity and good stability. 1.This receiver covers the amateur bands between 3.5 and 29.7 MHz. It will also receive the 10 MHz frequency standard signal. (WWV) 2. The dial features an anti-backlash double gear construction. It is direct reading down to 1 kHz. Precise tuning of all signals including SSB is assured by the large, geared down dial speed ratio of 28 : 1. 3. Superior stability performance is obtained by the use of a crystal controlled first local Oscillator, and also a VFO type 2nd Oscillator. 4. Frequency drift is practically nil due to the use of a solid state VFO circuftry. 5. Superior selectivity performance is obtained by the use of a mechanical filter in the IF circuitry. 6. The Receiver incorporates a built-in product detector which assures good reception of SSB and CW. 7. The BFO circuit utilizes a crystal controlled Oscillator for superior performance. 8. The VFO circuit is equipped with convenient output terminals so that it can also be used as a VFO for the transmitter. 9. Besides the 8 ohm impedance speaker terminals at the audio output, the Receiver has a 8 ohm impedance Phone jack. 500 ohm impedance output terminals are also available for recording purposes, and as an output source for RTTY connections. 10. The Receiver incorporates AVC, ANL, and S-meter circuits. 1 1. The Receiver is equipped with an OFF-ON switch, which can be used when it is desired to add a calibration circuit. (Part of RF gain control) 12. A Coaxial cable connector receptacle may be easily installed if desired. 13. The Receiver is equipped with remote control terminals which facilitate connections to the Transmitter. 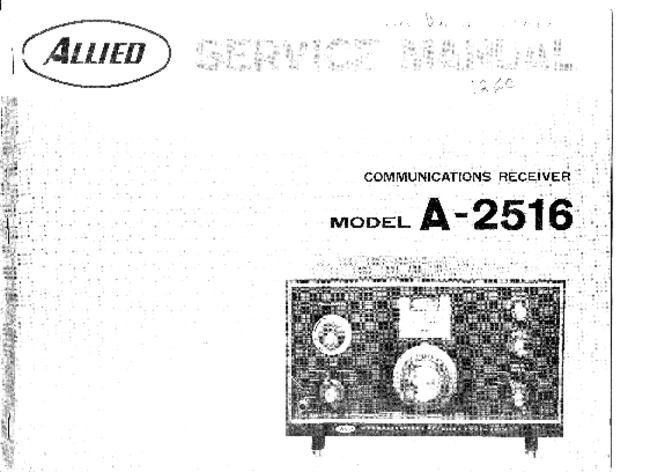